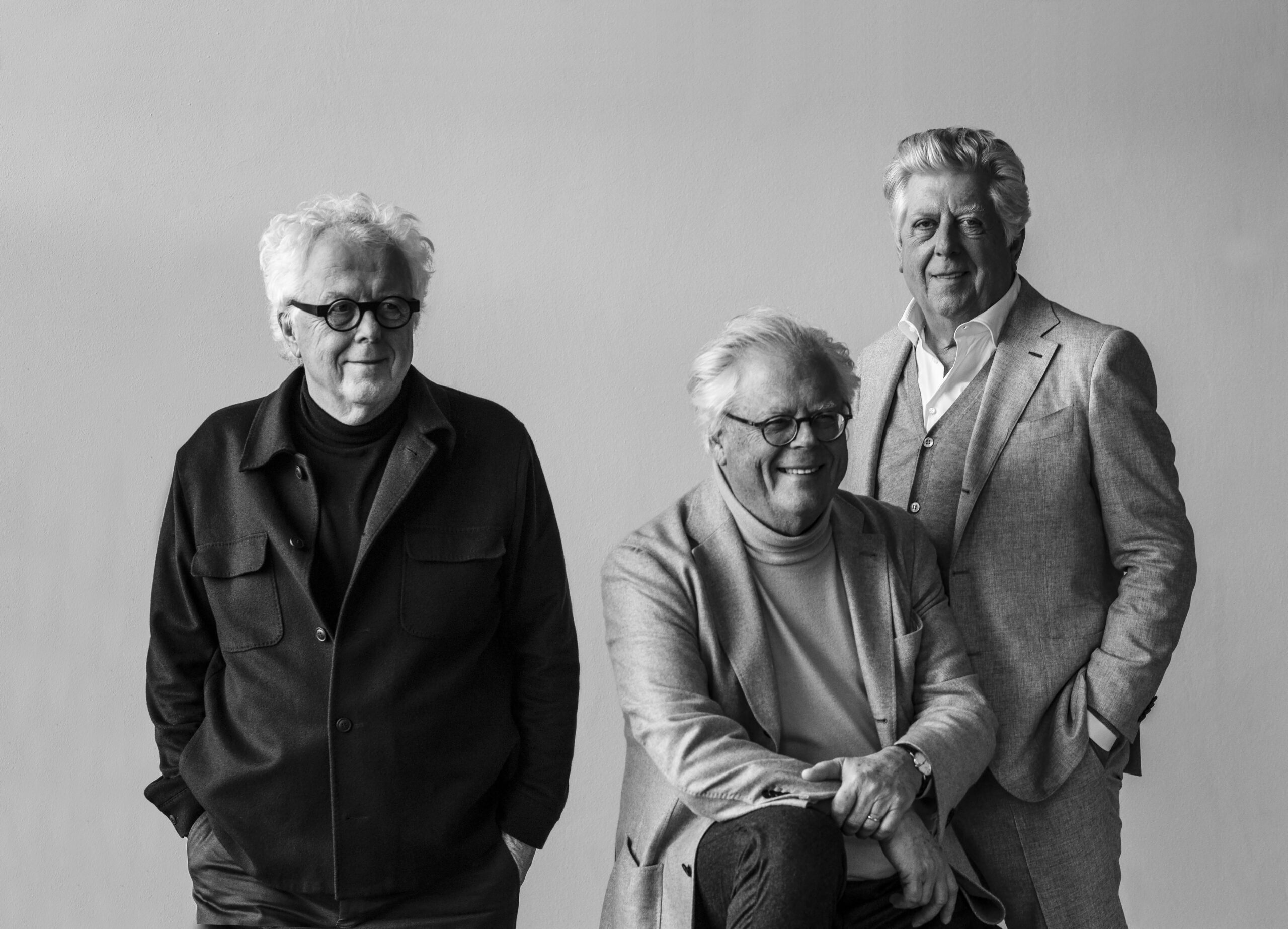 The history of The Makers shows what a metamorphosis the family business has gone through. In the post-war years, founding father Miel van Gils began his clothing company in an era of neat hats, formal suits, and polished shoes. Under his leadership, the Belgian-Dutch company developed into an international player. But the clothing habits of yesterday have seen countless changes in the past half-century, a phenomenon that the second Van Gils generation has been well aware of.

Over the past three decades, men’s suits often have been challenged. Casual Friday’s dress-down culture and the recent trend of remote work have clearly left their marks on men’s wardrobes. The Van Gils family has always kept a close eye on these developments and, at the same time, proactively tried to respond to all market changes. An entrepreneurial spirit and a strong sense of customers’ needs have always been at the heart of strategic decisions, which have helped The Makers stay relevant all these years.

A fully automated made-to-measure process was added to an existing, highly efficient ready-to-wear process already 15 years ago, at a time when tailoring was often only available in Italy. During this period, the variety and complexity of styles expanded significantly, and more model options could be offered, using the best automated and standardized production lines. Building upon our pattern archive and complex digitization, patternmaking was also automated. From entering an order to the cutting machine everything became automatic. With this new product development and design activity, a major step towards the future was taken in a world of tailor-made men’s and women’s ready-to-wear garments.

The decision to build entirely new production facilities in Tangier, Morocco, in 2014 turned out to be a smart move. Outside of Europe, the focus for tailoring at the time was primarily on East and Southeast Asia. However, the well-considered initiative to opt for Morocco already started to bear fruit in the early 1970s. The production process there matches the needs of the current market. For example, the company is able to generate a lead time for customized one-off production of up to 15 days, which is the same delivery window as for small series. Experience and the streamlined production unit in Tangier are important assets to The Makers. It perfectly fills a void, especially at a time when nearshoring is more relevant than ever.

The love for the industry and the essential fashion DNA still flow through the veins of The Makers. Due to a close family bond and vast knowhow, their well-thought-out long-term vision is constantly focused on the future. The epicenter is in an old school building near Breda, from which the production lines to Morocco are maintained. No trace of a school atmosphere, but all the more of a clothing company, thanks to meandering paths through the building that are not filled with stones, but many tens of thousands of colorful buttons.

Working together with short and direct lines ensures that the requirements of the extensive BTB partner network can be met. It’s a network that includes globally operating brands as well as national and international retailers and specialty stores with or without custom facilities. “Many of these collaborations have been around for years, a fact that confirms our partners’ willingness to continue to work and grow together. Even in tough times, our value for money and loyalty play an essential role,” explains Jacques van Gils.

A key part of the business formula is the intimate relationship with the Tangier-based production company, which has some 1,000 employees and a continuous focus on improvement. “We experience an immeasurable dedication in Morocco, and despite the enormous size, it still feels like one big family. After the Covid-health crisis, it was mainly local management and the employees that started the company back up again,” says Alwin van Gils.

Even with the family character of a tailor’s workshop, Ben van Gils emphasizes that The Makers is a real industry. Their goal is to be one of the best manufacturers in Europe, in terms of quality, efficiency, and sustainability, but also by constantly investing in implementing innovative techniques.

Does the work at The Makers continue to appeal to the Van Gils brothers? “We’re the remote guardians, fortunately blessed with a great group employees and professional management at both locations. As fans of new developments, we’re continuously fascinated to be operating in this new dynamic and like to delve into the fascinating phenomenon of the ‘smart factory’. As well, we take great pleasure in the individual trips to Morocco to inspire the employees.” And in the best family traditions, the brothers want to stay true to themselves, as their minds are already set on the next strategic growth opportunity